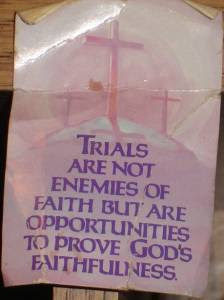 My father passed away last month. I wrote some thoughts down to remind myself how I was feeling:

I feel that my father's death on March 18, 2007 has cheated him, me, my mother, my siblings, my child, and my siblings' children of a man who absolutely adored his grandchildren. I did not know where my relationship with my father stood when I told him he was going to be a grandparent, and I wanted my daughter to have him as a loving grandpa. Even though he had made several invitations to my wife and me that we had often accepted, I was completely unprepared for the avalanche of support he immediately sent to me when I told him we were having a child. He was smoking several turkeys for Thanksgiving to give to the many people with whom he shared his generosity, and he announced on the phone to me that he was going to send me a turkey that day! The delicious turkey arrived by express mail in a styrofoam cooler.

When my daughter was born by an unplanned caesarean section delivery, he left Wichita Falls for Austin immediately to see his first grandchild and also Amanda and me.

I do still feel that life's events have cheated us, but I believe that God works through those who surrender their will to God's to love one another as my larger family has done abundantly since my father's death. The edges around this sudden hole in my life are made softer by the love I have been able to give and receive over the last five days since his death. Our faith tells us to comfort one another and know that we are safe in our love and God's love despite the uncertainty of life to which we are acutely aware. Knowing how much love constantly is here for us overrides the uncertainties that are simply a matter of fact.

I had been trying to express my feelings of being cheated, not by God, but by the event of my father's death when I looked up and saw a card that had been taped to his desk clearly for some time. On it was a beautiful summation of what I was feeling: "Trials are not enemies of faith but are opportunities to prove God's faithfulness."

There is still so much for me to be thankful for and sad about. I feel as if my dad's life was taken from all of us too soon. We had recently reconciled after a decade of some estrangement, and I was so happy for the role he took upon himself to reconcile us, and I feel like someone showed me a beautiful thing only yank it from my grasp as soon as I held it. I am thankful for our reconciliation, but sad and angry that simple things such as finishing my deck he helped me build will now have to be done without him, and I'm still immeasurably thankful that he did get to come help me build the deck.

My dad's oldest brother found and bought several copies of the inspirational card pictured and gave one to me on Easter that I now keep in my wallet.
Posted by John Paul at 9:22 PM